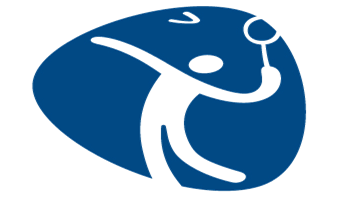 BADMINTON AT THE RIO 2016 OLYMPIC GAMES.

Badminton will be one of the 42 Olympic sports disciplines taking place at Rio. Its initial debut in the Olympic Games took place in 1992 in Barcelona (Spain). The overall event will consist of the standard five Individual categories: Men’s and Women’s Singles, Men’s and Women’s Doubles as well as the Mixed Doubles.

The Badminton competition will be taking place at the “Riocentro Pavilion 4” from the 11th to the 20th August inclusive. The pavilion measures 23,000 square metres; it has a floor-to-ceiling height of 12 metres and a low-speed air conditioning system. The sports hall can accommodate 6,500 spectators.

Lee Chong Wei (Malaysia) and Carolina Marin (Spain) are the top seeds in the Singles competition, based on the Badminton World Federation (BWF) rankings.

Lee Chong Wei, a silver medallist at the past two Olympic Games and the winner of two world “Super Series” titles this season, is followed in the Men’s Singles seeding by China’s two-time world champion Chen Long and two-time Olympic champion Lin Dan.

Lee Chong Wei has had a very good build-up for the Rio Games, having twice beaten his great rival and the defending Olympic champion Lin Dan (China) in recent months. The draw placed the latter in the former’s half of the schedule; so if both of them live up to expectations, they should meet once again in the semi-finals.

“I am not thinking of the semis as yet”, the 33-year-old Lee told the media; “for a start, let me focus on one match at a time. This is my last Olympics, so I will make sure to give it my best shot”.

Another strong Men’s Singles contender, Victor Axelsen of Denmark who is the fourth seed, is similarly expected to progress to a semi-final encounter against Chen Long (China); this should be another great match.

China will be defending all the five gold medals (one for each of the five categories) won in the preceding London 2012 edition of the Games.

Paul Erik Hoyer (Denmark), the current President of the BWF, is the only non-Asian player to have ever won a gold medal at the Games so far.