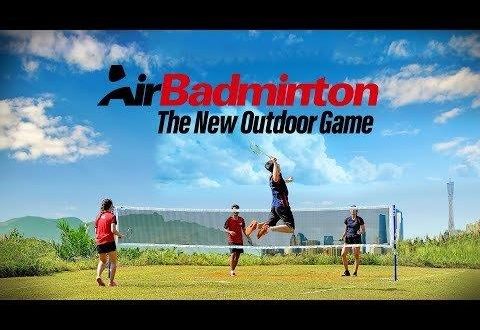 Badminton is a racket sport which is played on a rectangular indoor court using a feather shuttlecock. Its popularity and practice has been increasing steadily over these last years, particularly among youths and children.

In order to further enhance the awareness of this sport throughout the world, the Badminton World Federation (BWF) has developed a “new” plastic shuttlecock (picture) which is specifically designed for outdoor play. This BWF project was designated as “Air Badminton”.

The Msida Arrows Badminton Club tested this new shuttlecock in Malta for the first time.

Held under theauspices of the Confederation of Mediterranean Badminton (COMEBA), the event took place in a public garden situated in the centre of the locality. The Club’s members, of all ages as well as of different playing standards and nationalities, played a number of friendly matches using this “new” shuttlecock; there were Singles and Doubles as well as Triples matches.

Passers-by were offered the opportunity to try the game, under the watchful eye of the Club’s coaches.

Participation was entirely free of charge. All the participants had a great time trying their skill with the “new” shuttlecock.

The event was supported by the LocalCouncil; it was covered by the local printed and digital media, thereby actively promoting our sport in the country.

In accordance with the earlier decision taken by the COMEBA Board of Directors to notify ...