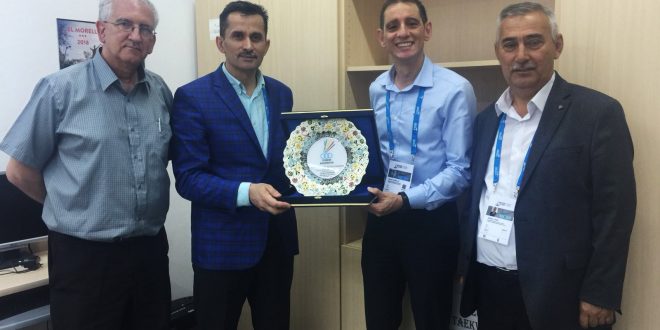 Share
During its presence in El Morell (Spain), the COMEBA Board took the opportunity to present a token of appreciation to several Heads of the Badminton Delegations which are participating in the Badminton tournament integrated in the Games.
The intention behind this initiative was to enhance the awareness of COMEBA and its declared objectives among all concerned.
The gesture was very well received by the recipients who pledged their continued support of the Confederation for the future.
2018-06-26
kordonweb
Share